Something for Kate will co-headline a free all ages festival in Melbourne on Saturday 19 November,  Illuminate The River

Joining them will be Baker Boy and Montaigne and a bunch of other great acts. For more info visit HERE 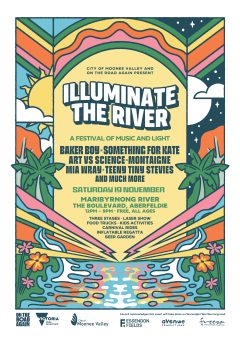 SFK join Amy Shark & The Killers at this years VALO Adelaide 500 at the Adelaide Parklands on Sunday December 4th.

All ticketing and information HERE 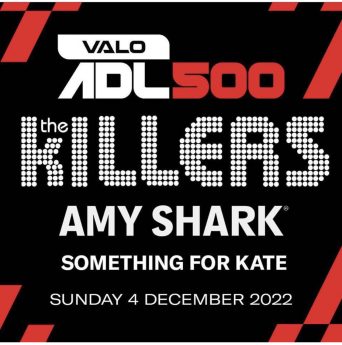 To celebrate the 25th Anniversary of Something for Kate’s debut album, Elsewhere for Eight Minutes, the band will play the album in full at 3 select shows in rare 3 piece mode. That’s right, just Paul, Clint & Steph smashing out their seminal release for 3 nights only.

The band have not performed in 3 piece mode since around 1999.

The album will also be re-released on limited edition dual coloured splatter vinyl on special 25th Anniversary gatefold packaging featuring updated artwork with select new images and the handwritten lyrics will also be included for the first time. The album is available to pre-order from HERE and will be released August 26th.

Special guests to be announced. 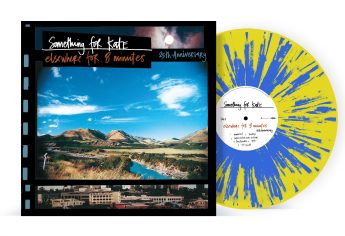 **This is not the finished product. Actual vinyl may vary slightly in both colour and splatter design**

We are very happy to finally be able to share with you the date for the rescheduled Echolalia x The Modern Medieval Perth show at The Astor Theatre! This show will now be Thursday June 23rd. Doors 7.30pm SFK onstage 8.30pm 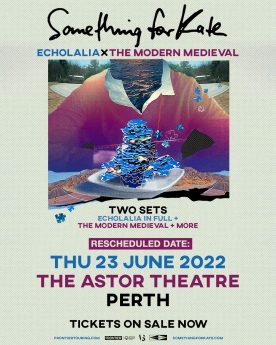 Indoor theater capacities have just returned to 100% in Western Australia which means the Something for Kate show at The Astor Theater in Perth can now go ahead. We are currently working on the rescheduled date and will announce asap! 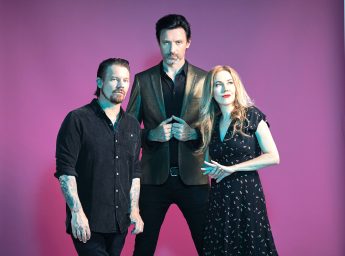 While many restrictions have just been lifted in WA, unfortunately indoor theatre capacities have been capped at 75% which means that Something for Kate’s Perth show at The Astor Theatre is still unable to proceed. This show is sold out and exceeds the amount of people permitted in the venue. We advise you to hold on to our tickets and stay tuned for announcements regarding the rescheduled date which we’ll do as soon as possible. 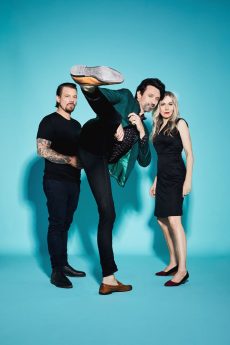 We are very sorry to share the news that The Hidden Forest Festival this Saturday is cancelled due to the severe weather in the region – our thoughts are with everyone affected by the wild weather and we thank all of those who worked so hard on the festival. Stay safe, everyone. All information on refunds here 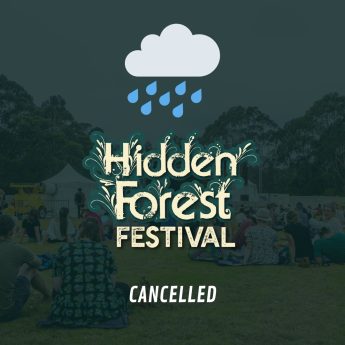 We are very excited to announce a unique performance under the stars at Night at the Barracks North Head, Manly on Saturday September 17th. Set high above Sydney Harbour in this historical outdoor location, this will be a stunning night. Tickets have just gone on sale & all information is HERE 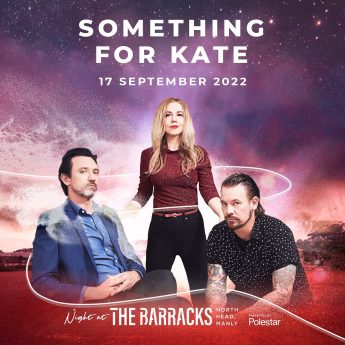 We are excited to state that all shows on the Echolalia x Modern Medieval tour are going ahead with the exception of the Perth Astor Theatre show which has been postponed due to the new WA capacity limits. If you have a ticket to this sold out show, hold on to it as it will be valid for the new date which we are currently working on. All ticket holders will be contacted by the ticketing agent with further info.

Note – all shows on the tour are reduced capacity covid safe shows as per the settings that were in place when the shows originally went on sale in 2021.

As Something for Kate will be doing 2 sets, there is no support act for these shows.

Due to the band cancelling their Adelaide show at Thebarton Theatre last Friday 4th March due to a covid case, we are excited to announce a new date for this show! Something for Kate’s Echolalia x The Modern Medieval Tour will now hit Adelaide on Friday April 1st at Thebarton Theatre. All current tickets will remain valid for this new date so just hang on to them. All ticket holders will receive an email from Ticketmaster with all the instructions for those who can’t make the new date. Tickets for this new date from HERE 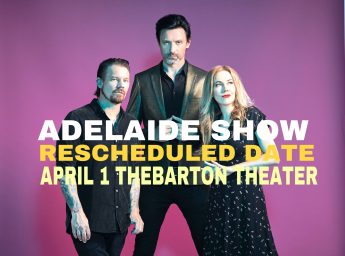