In 2014, Something for Kate celebrated their 20 Year Anniversary – it was 20 Years since their first ever show at Melbourne’s iconic Punters Club. Embarking on a massive sold out national theatre tour, the band released a book and also short film tracing the band’s history from 1994 to the present day which was screened at each show before the performance. This short film has never been released online before until now.
Created by the very talented Melbourne multimedia artist, Callum Preston using fantastic archival footage of interviews, video clips, live performances along with current day interviews with each band member, the film is a great insight into the career of one of Australia’s most celebrated bands. You can now view it HERE 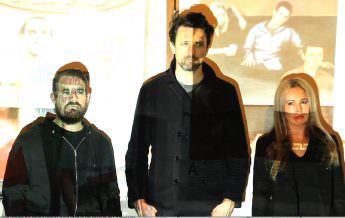