‘Q & A With Dean Martin’ & SFK back catalogue to be re-released on vinyl.

On this Record Store Day, we are most excited to announce that for the first time ever, ‘Q & A With Dean Martin’ IS TO BE RELEASED ON VINYL.
PLUS THE ENTIRE SFK BACK CATALOGUE TO BE RE-RELEASED ON VINYL.
In 1996, Something For Kate‘s 1st two EP’s, The Answer to Both Your Questions & Dean Martin sold out of all pressings & were subsequently combined to form the CD album,  Q & A With Dean Martin which was re-released on CD only in 2000. This is now going be available on double 12″ vinyl along with a third pressing of the band’s entire back catalogue of albums.
Stay tuned for release dates & details. 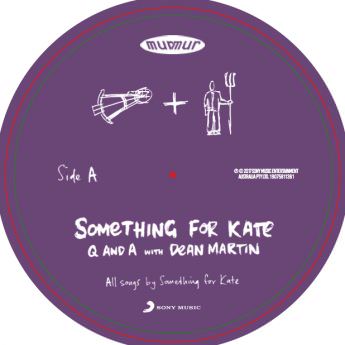