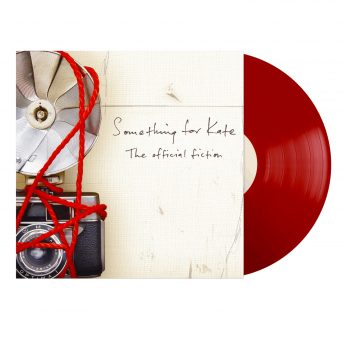 3. Song For A Sleepwalker

5. Light At The End Of The Tunnel

6. Letter To The Editor

5. Asleep At The Wheel

The Official Fiction  the band’s fourth album from 2003, sold out of its initial pressing and was re-released to coincide with the bands 20th Anniversary Tour in 2014 which subsequently also sold out. This 3rd pressing in 2018 is the first to feature colored vinyl.

This vinyl is red.