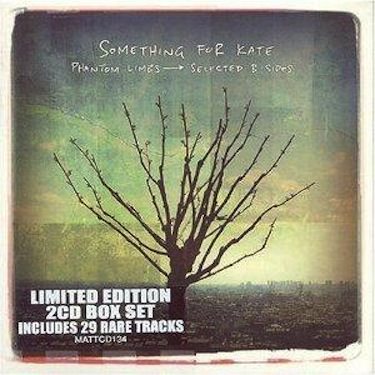 Phantom Limbs: Selected B-Sides is a compilation double album of B-sides from singles released from the band’s first four albums, as well as  live versions and cover versions. This release came in a boxed 2CD package with booklet.

Something for Kate have consistently produced some of the finest and most highly sought after B-sides in Australia. In an era where inconclusive remixes and spasmodic cast-offs have become the norm for B-sides, Something For Kate’s collection, Phantom Limbs” is a comprehensive collection of songs the band are proud of.